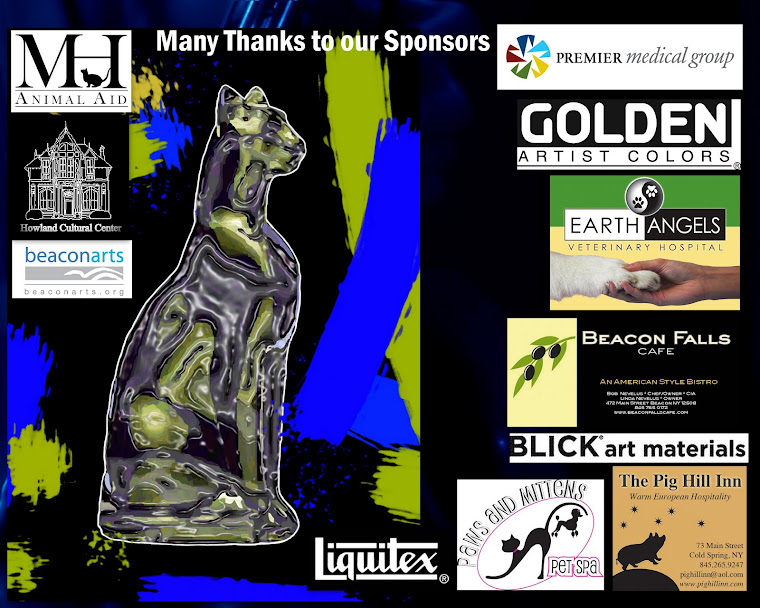 Dear Friends,
Thank you for the overwhelming response to our event. There were over 115 of you boosting the energy for the artists, musicians, and MHAA. The sponsors were extraordinary in their contributions and event support, and the fundraiser exceeded our goals for the Mid Hudson Animal Aid. A special thanks to the untiring volunteers at the Howland Cultural Center, and the incredible MHAA staff / volunteers at our event.
Please consider supporting the Mid Hudson Animal Aid midhudsonanimalaid.org, an organization that dutifully protects and provides exceptional care for abandoned and abused animals. Thank you Maurice Pinzon for the professional photo coverage of our event, and to RossCorsair for his artful images. 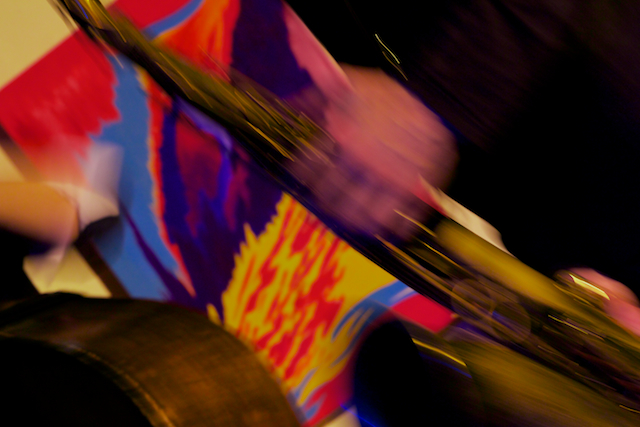 Maurice Pinzon is a staff photographer at New York News Network. His photos have appeared in am-New York, The New York Observer, The New York Times, and other publications. He photographs New York City government and politics, culture and social events and he shoots the Fall/Winter and Spring/Summer collections during New York Fashion Week.
Posted by Nelson Condé

Cynthia McCusker is a professional artist and an art educator. She exhibits her work throughout the Hudson Valley as well as in Chelsea, NYC. Ms. McCusker is frequently involved in large scale community projects and teaches at her art studio in Beacon. Some of the community projects Cynthia has been involved in includes the creation and artistic direction for emblems and flags for the Walkway Over the Hudson opening celebration, mosaic murals in the village of Wappingers Falls, and sculptures for Windows on Main in Beacon.

Joe Pimentel was born in White Plains, NY and raised in Newburgh, NY. He received his BFA in Illustration from Parsons School of Design 2005 in NYC. He has been involved in exhibitions throughout the Hudson Valley. His work pushes past the confines of strictly representational painting, into a detailed world of transformed abstractions in an attempt to tap into a visionary art that explores themes such as evolution, higher consciousness, spirituality, and expansion.

Californian, Rick Price painted murals for various high profile projects in Las Vegas, San Francisco, and Tokyo, and among many other locales. Since 2000 Rick has directed the painting studio at Buck's Rock Camp in New Milford, Ct., one of the premier visual and performing art camps in the nation, and he currently maintains his freelance career in Beacon, NY where one can view his compelling mural, "River Beacons", commissioned by the Beacon Sloop Club.

Nestor Madalengoitia is an established portrait artist and a socially active mural artist with numerous international art commissions. He studied art at the Catholic University of Lima in Peru and at the State University of New York at New Paltz where he received a bachelor of fine arts degree. Much of Madalengoitia's work is inspired by the work of ancient pre-Columbian Paracas tapestries from the Andean villages of Peru. He uses a contemporary vocabulary of visual surface effects merged with social context to build his art. Madalengoitia’s paintings have been exhibited widely, and are in numerous private art collections from New York City to Lima, Peru. His large scale public mural commissions are on permanent display in Washington, DC; Sussex, Canada; the Florida Keys; Poughkeepsie, New York; and in the cities Lima and Cajabamba Peru.
Posted by Nelson Condé


Many have called Crocco’s music organic in nature, something that takes on a life of its own, a living entity... it’s also something that can’t be duplicated; there is no arrangement; no written notes; only searching a path for a musical summit - Gary Miller, Photojournalist.


Kenny Brooks co-founded Alphabet Soup, the first hip/hop-jazz group at both the Monterey and San Francisco Jazz Festivals. He also was a member of Bob Weir's (Grateful Dead) band Ratdog.

Bassist, Peter Slavov has performed and/or recorded with world-renowned artists, such as Joe Lovano, Quincy Jones, Francisco Mela, Danilo Perez, George Garzone, among others. Peter is currently touring with Joe Lovano's Us Five and the Joe Lovano Europa Quartet, Francisco Mela's Cuban Safari, as well as with the trio of Cuban piano sensation Alfredo Rodriguez.
Posted by Nelson Condé

10% off at Beacon Falls Cafe

Bring in your ticket or a print out of your online ticket to Beacon Falls Cafe and you'll receive a 10% discount on your order! 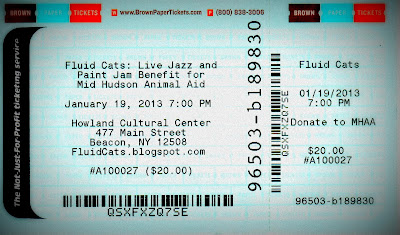 At Earth Angels Veterinary Hospital your pets will benefit from a state-of-the-art 360 degree approach to veterinary healthcare known as Integrative medicine. A blend of the finest in holistic and conventional treatments, Integrative medicine will enhance your pet's quality of life. From stem cell therapy, nutritional analysis and acupuncture to digital radiology, alternative cancer therapies and laser treatment, Earth Angels least invasive/least toxic philosophy is more than just another way to say compassionate care. It means access to a full range of options that help owners to make the very best healthcare decisions for their pets. 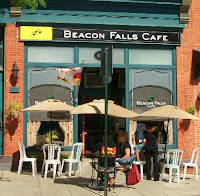 Beacon Falls Cafe is an American Bistro with a carefully crafted menu, with a cozy and comfortable atmosphere, that enhances your dining experience. Located near the Howland Cultural Center, the Antique Center, Mt. Beacon, and Dia.
The menu is inspired by CIA Grad Chef/Owner Bob Nevelus on creating comfort food with a creative touch, at an affordable price. 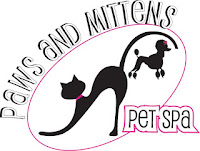 Making tools for artists, Golden Artist Colors constantly strives to outdo itself by operating on three principles: 1) Make the best products, 2) Provide customers with the best service, and 3) Find people who can make the first two happen. These principles are the essence of Sam Golden's commitment to artists and their tools, and they are how GOLDEN hopes to grow a sustainable company dedicated to creating and sharing the most imaginative and innovative tools of color, line and texture for inspiring those who turn their vision into reality. 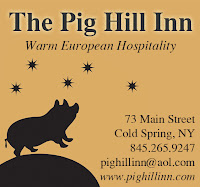 Ira Chavis, Mid Hudson Animal Aid (MHAA) Board Member and Ideologist, and the cat sanctuary volunteers welcomed all attendees at this incredible event.